Here's the long-awaited debut of a concept I had when I officially kicked off this all-Nets blog. It's a look at completed Nets team sets, which, thanks to it's rhyming nature, I've decided to call "Nets Sets"

Today's set is, fittingly, the 1971-72 Topps set, which was the first ever to include ABA cards. Topps would split it's flagship (and only) set between the NBA and ABA from 1971-72 through 1975-76, which was the final year of the ABA. Almost nothing has been produced documenting the ABA pre-1971-72.

The Nets got 8 cards in that first set... 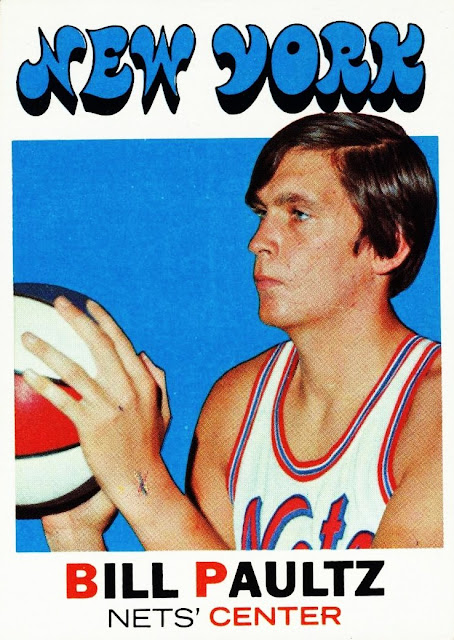 #156 is Billy Paultz, technically the first Nets card in history by being the lowest numbered card of the Nets in this set. 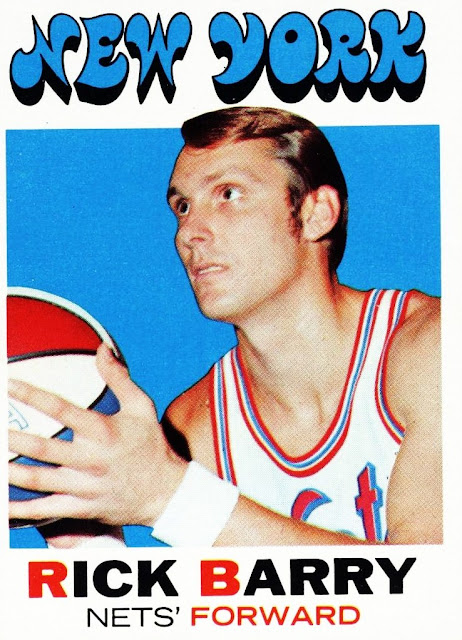 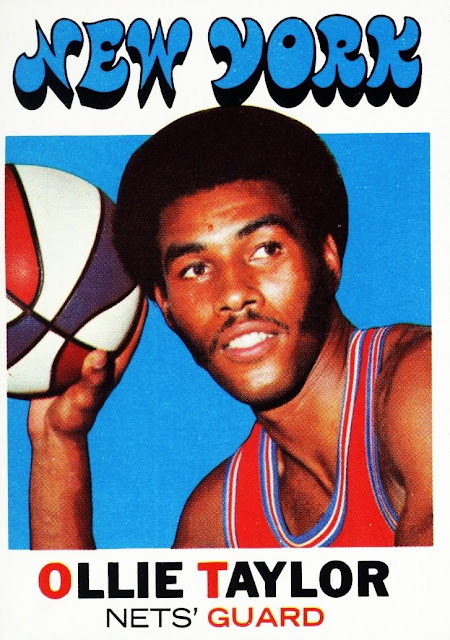 #182 is Ollie Taylor. This is the best look we get at this road uniform on a card. 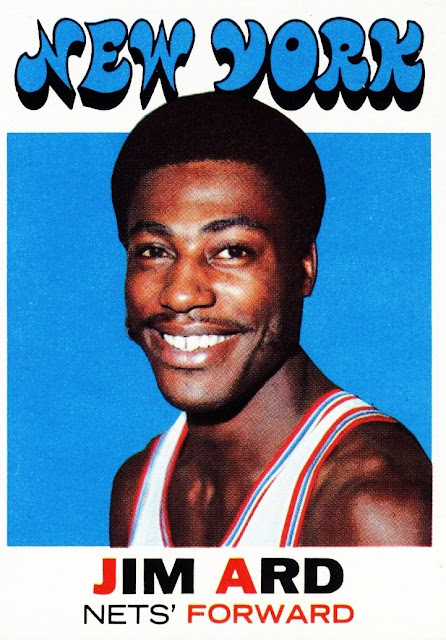 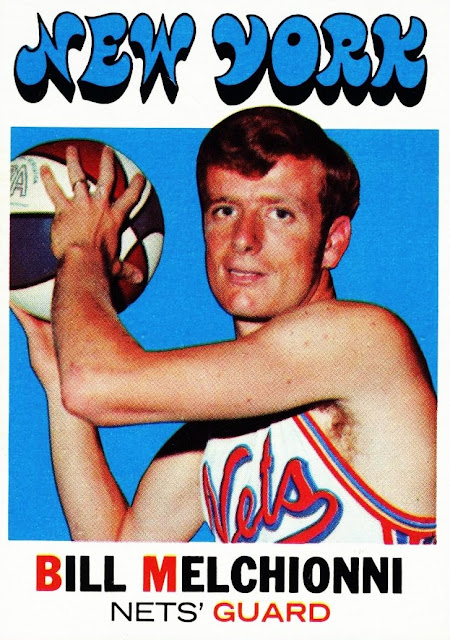 #199 is Bill Melchionni, a card that has shown up here on Nothing But Nets several times already. 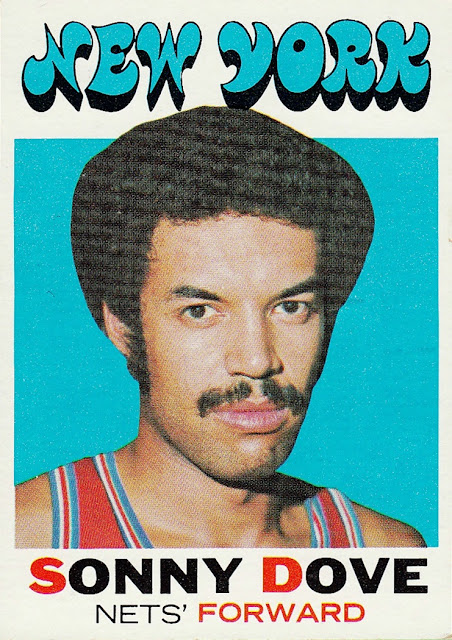 #209 is Sonny Dove. I need to rescan this card. It is the second of two to show this red road jersey. Like Ard, it is the only card he ever got. He was killed at only 37 years old when the taxi he was driving skidded off a bridge in winter time. Back in those days athletes had to work multiple jobs. 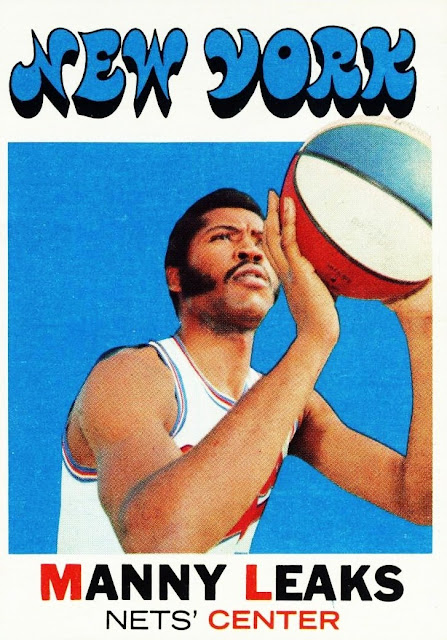 #217 is Manny Leaks. This is his only card as a member of the Nets, but he has 3 produced in total. 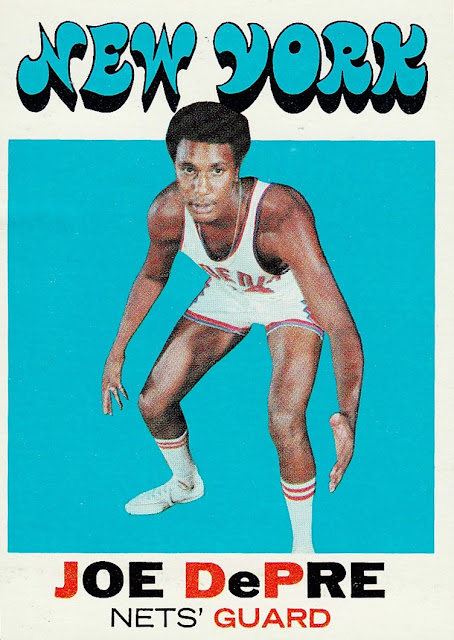 #226 is Joe DePre, who also needs to be rescanned. He is the third member of the 1971-72 Nets cards to be the only card ever issued for him. Note that he is wearing a Phoenix Suns jersey in the photo. They drafted him in the 2nd round in 1970 but he never played for them, his entire professional career was three seasons with the Nets.

And that's the conclusion of the first Nets Set. I can't go in chronological order because I don't have a single one of the Nets cards from 1972-73, although I do have a couple en route from COMC.

Thanks for reading!
Posted by Billy Kingsley at 3:28 PM 1 comment:

Late last night in the game against the Los Angeles Lakers, Brook Lopez swatted his 864th shot to pass George Johnson and become the Nets' all-time leader in blocked shots. Lopez has accrued these numbers in 9 seasons, and it is now the first statistical category he leads the Nets in. He ranks in the top 10 in every other major category except for Assists and three pointers, and he has added a 3 shot to his game this season so perhaps that will eventually change as well. I'll enjoy watching to find out. Unfortunately it wasn't enough as the Lakers pulled out the win. 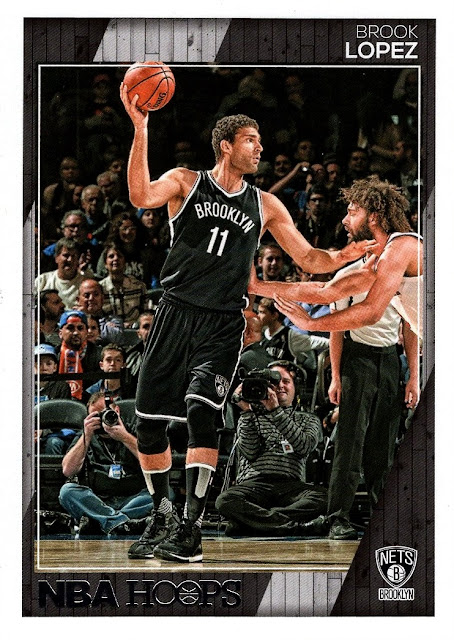 Hopefully I will be able to get back into regular posting shortly, I have a lot of things I want to do here, but I couldn't let this milestone go by without a post. You'll see more of Brook in the future, as he's one of my all-time favorite Nets.
Posted by Billy Kingsley at 2:39 PM 1 comment:

New Nets cards for first time in Nothing But Nets History!

Well, sort of. For the first time since I started this team blog, I visited a local card source, and added some Nets cards. I did get the box of 2016-17 Hoops later the same night I launched the blog, but I'm saving the cards from the Hoops set for a different post that I can't do just yet...as I need to add a card from the set first.

But how about checking out some of the cards I DID get? 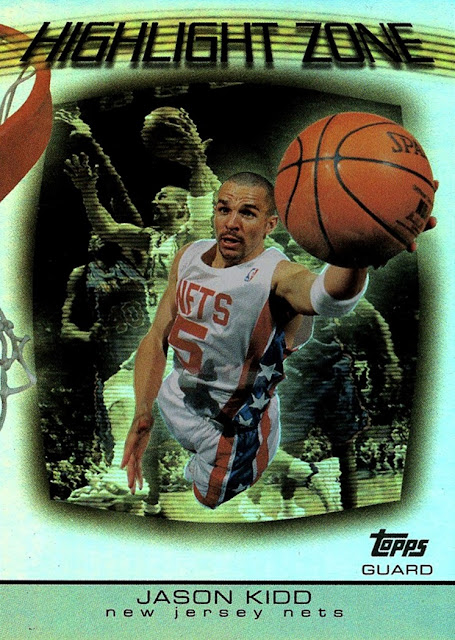 The Highlight Zone insert is from 2003-04 Topps, one of my favorite Topps flagships. This insert is all holofoil, and I got a bit of a bonus- a Ricky Davis card from the same insert was stuck to the back of it and I didn't even realize it, I also needed it for my set so it worked out well. Not too many cards that show the throwback jersey. 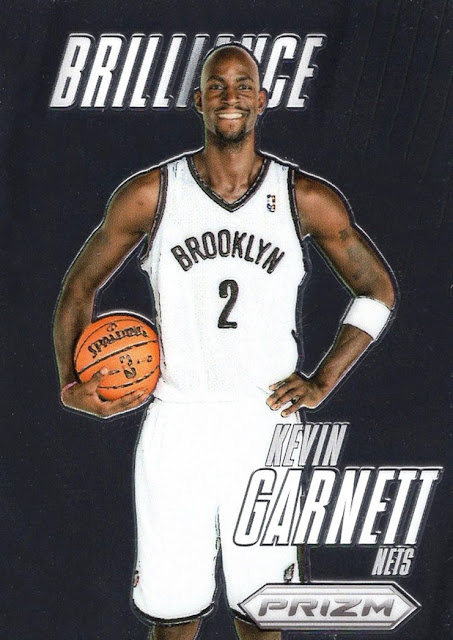 This Brilliance insert is from 2013-14 Panini Prizm, my favorite of the shortly to be 5 years of Prizm. This is card #25 in the set, final card. Because he had just joined the Nets that year they used a posed photo instead of an action photo. 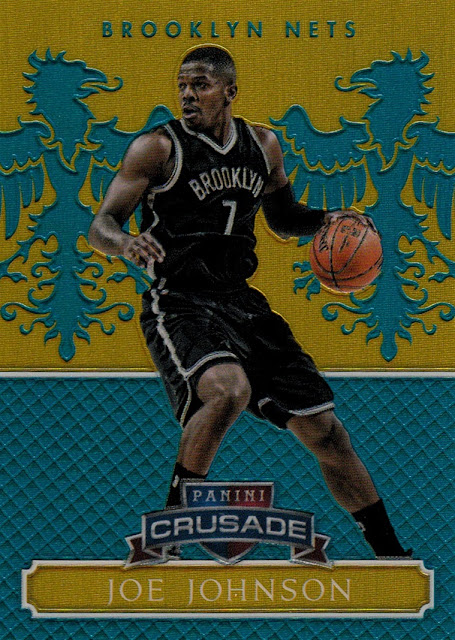 This Joe Johnson card is from 2014-15 Panini Excalibur, a Target-exclusive set. The Crusade insert runs 200 cards, and this is the Teal parallel, serially numbered to 35 copies. It didn't scan well, but it uses the Prizm technology. I was disappointed when the Nets got rid of Joe Johnson. He is an excellent player, even now in his 16th season. The back of the card incorrectly states that 2002-03 was his rookie season, but it was actually 2001-02.

While this final card is not truly a Nets card, as it's a multi-subject card, I will share it anyway. 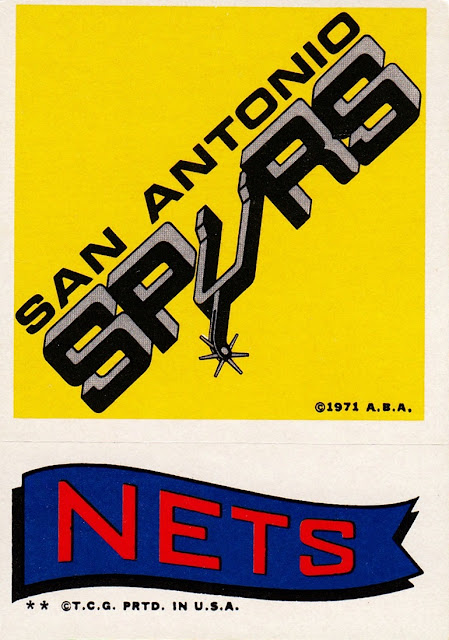 It's the sticker from 1973-74 Topps. Instead of giving you both versions of one team on each sticker, they mixed and matched. I am still looking for the one that has the Nets logo. It is paired with the pennant for the San Diego Conquistadors. These stickers don't come up too often, but in the past year I've gotten about a dozen of them.

You can see some highlights of the other cards I got by visiting my main blog HERE.
Posted by Billy Kingsley at 1:10 PM No comments: