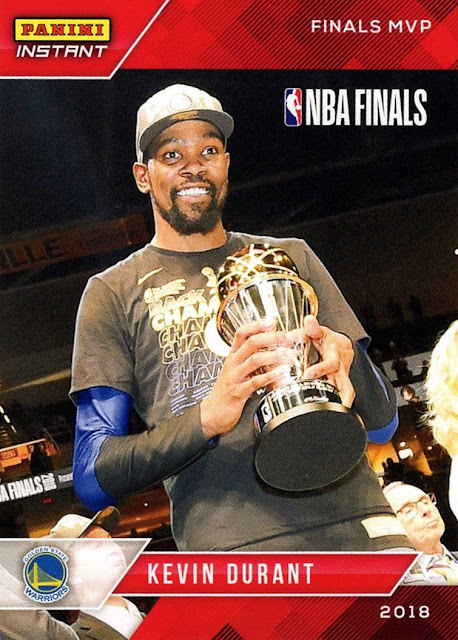 It's not too often one of the greatest players alive signs with the Nets as a free agent...but that's just what we learned is going to happen, today!

Long one of my favorite active players, this is a very good day in the basketball world in my opinion!

We got Kyrie Irving too, and possibly DeAndre Jordan. 2020-21 NBA Champions, I hope!
Posted by Billy Kingsley at 5:13 PM No comments:

Nets cards traded for in July

Not really happy with my team right now. They traded away my favorite player, and the best player on the team to boot. (Brook Lopez, of course). But I did trade for some more Nets cards in July, with bevans of the Trading Card Database. 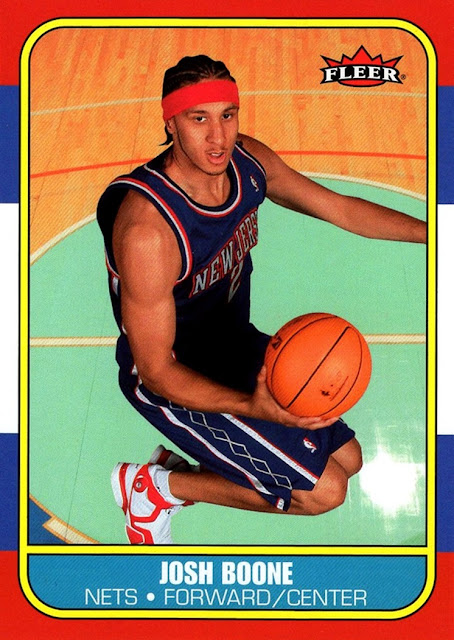 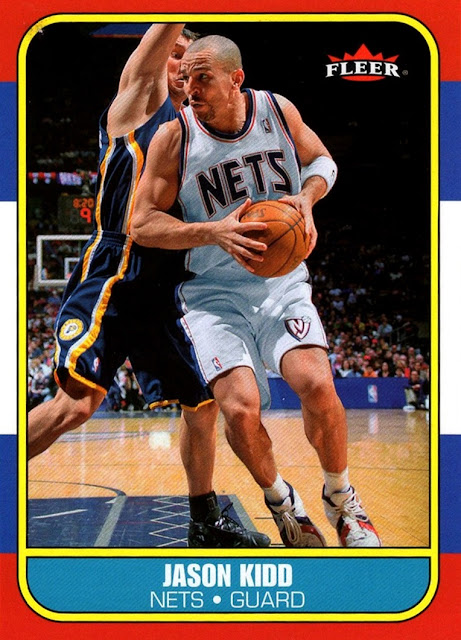 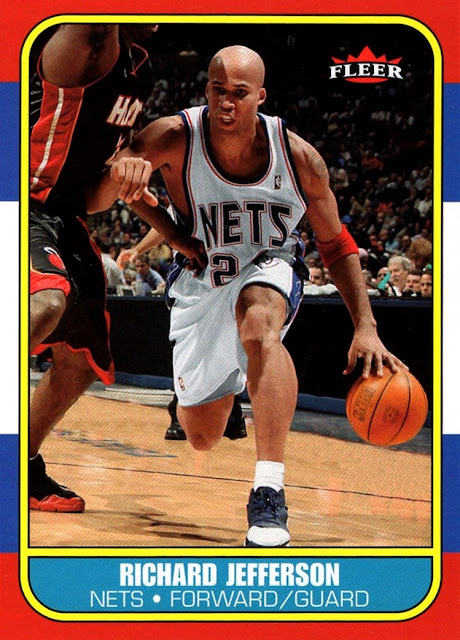 The Nets have been having a rough time the past few years, but one of the few bright spots has been the emergence of Sean Kilpatrick. He got his first cards in 2016-17 but I was unable to get any of them- until now! I purchased a blaster of the new Threads set this past weekend and one of the cards inside was my first of his, which I was of course thrilled to get. 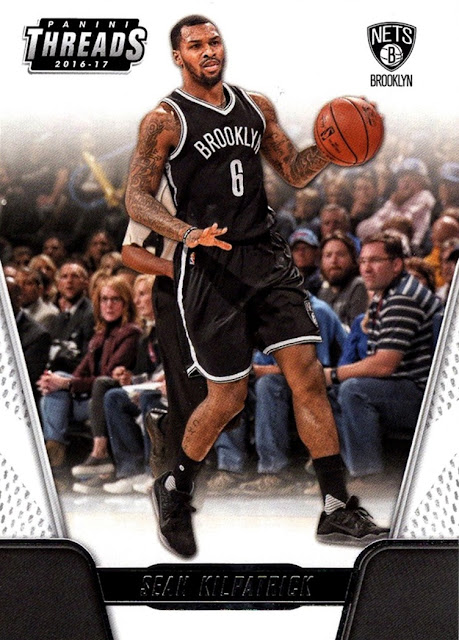 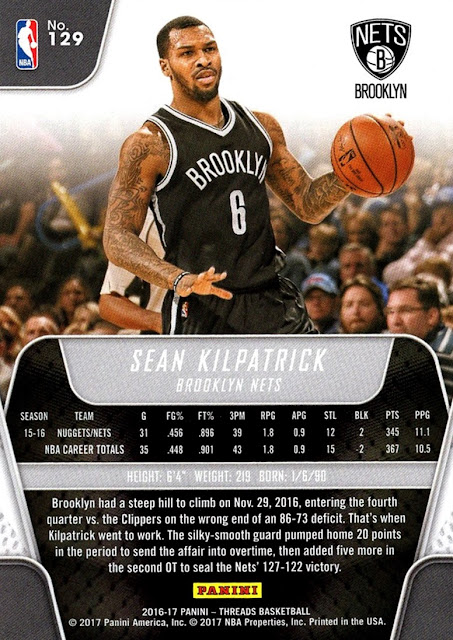 While it's my first card of his, I hope to add lots more over the coming years.
Posted by Billy Kingsley at 3:23 PM No comments:

In 2011-12, the NBA suffered through it's second lockout. Due to that, that season was shortened to 82 games and Panini decided not to issue any rookie cards. Instead, the now second year players were all tagged as rookies in the 2012-13 releases, meaning they don't really have any true rookie cards.

I recently made a trade that brought me two of the so-called rookie cards from 2012-13 Panini Marquee, one of the 2011-12 Rookies in MarShon Brooks and one of actual 2012-13 rookie Mirza Teletovic. Instead of saving them for future posts that catch-all trades for the month, I'm going to try and post more often. These arrived to me in the same trade as the Chris Childs card as seen in the last post.

Posted by Billy Kingsley at 8:13 PM No comments:

Chris Childs broke into the NBA in 1994-95 with the Nets, after a successful CBA career. He played 53 games for the Nets in the 1994-95 season, but he got only one card that season- in Flair Series 2. The first Flair set is one I never had a lot of cards from and I just took in 39 new cards (new to me, anyway) in a trade at the start of May. One of those cards was the one and only Chris Childs rookie card. 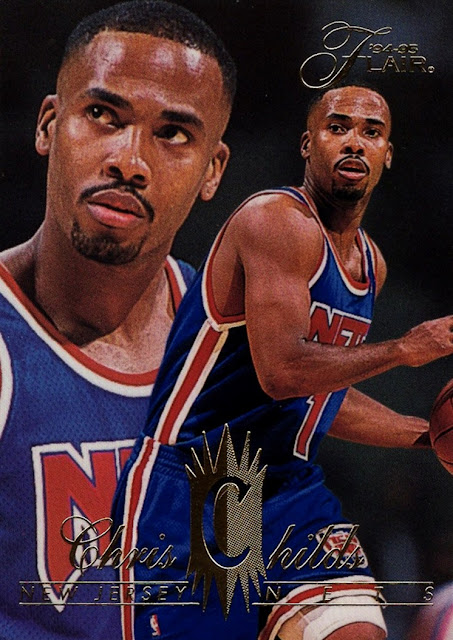 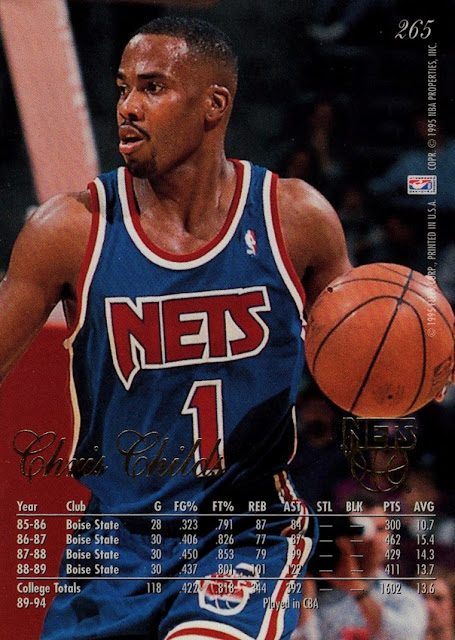 He would also play the 1995-96 season with the Nets and would have been the starting point guard in the first Nets game I ever saw, unless it was one of the four games he missed that season. Since I don't remember which game was my first Nets game, I'll never know.

He then signed with the New York Knicks as free agent and also played with the Raptors.

I'm pretty sure the first autograph in my NBA collection was his card from 1996-97 Autographics so he's kind of an important player in said collection.

This is a card I've wanted for many years so it's nice to finally be able to add it to my collection. The cool thing is that it was sort of a blind trade- I didn't know what he was going to send me, so it was a total surprise.
Posted by Billy Kingsley at 2:55 PM 1 comment:

Nets cards traded for in April

April started with a bang as I got a large trade on the very first day of the month. One of those cards happened to be a Nets card. 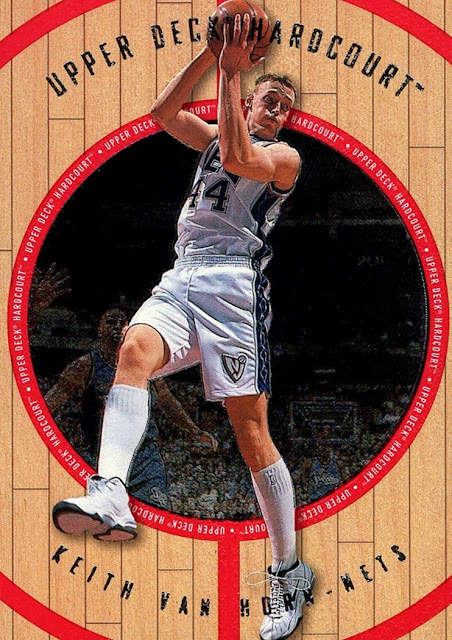 From 1998-99 Hardcourt comes card #4, Keith Van Horn. It is pretty rare for me to add new cards from this set, it's only the third since 2002. I also can't remember the last time I found a new Van Horn card to add.

You can see more of the trade in my April Trade Recap on Cardboard History.

This Tom Washington card from 1973-74 came from EP of Old Red Sox Cards blog. I have been busy with other stuff and didn't get this posted at the end of April like I planned. 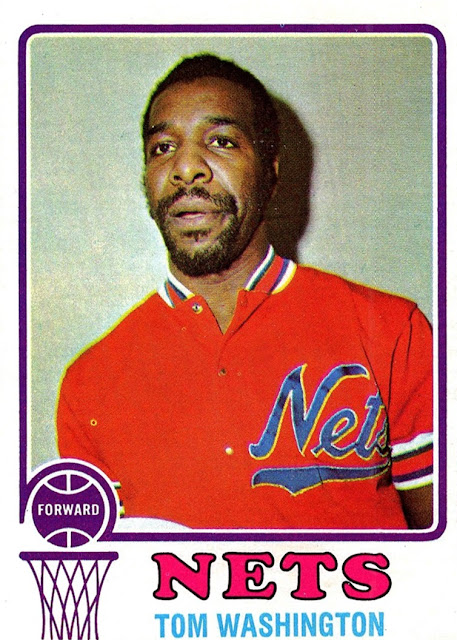 It's not too often I get ABA era Nets cards in trade so that's a good thing! It was really more of a gift than a trade to be honest.
Posted by Billy Kingsley at 5:48 PM No comments:

Nets cards traded for in February- I forgot one!

I had set the Chrome cards aside because they scan better when they are scanned as a unit of all Chrome/Finest style, just like mirror foils do. When I was composing my last post I missed it because it was not with the others. 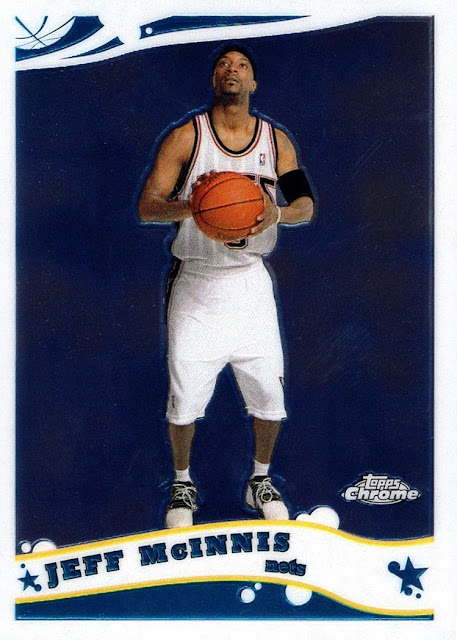 This card also came to me from a trade on the Trading Card Database. He wore #0, which is something I really enjoy for some reason.

OK, NOW that's all of the new Nets cards for the month of February! I have not gotten any in March yet at all...
Posted by Billy Kingsley at 3:00 PM No comments: