I've been working slowly on getting my new COMC Black Friday cards posted to my main blog, and now I'll take a look at some of the Nets picked up. Some of them I came across just randomly, while others I set out to find. 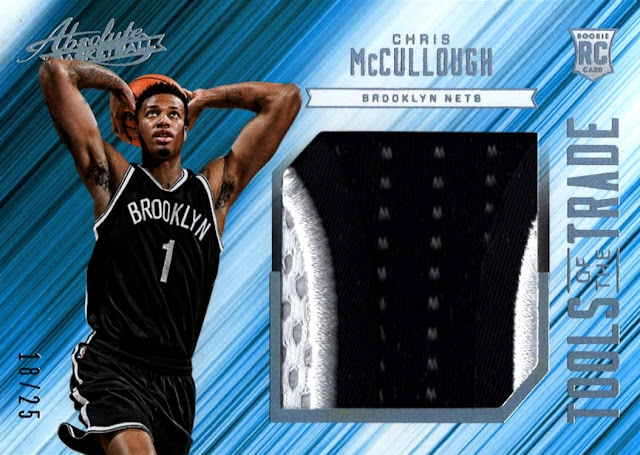 This large patch is probably the most visually impressive, with parts of two letters, although I have not been able to figure out if they come from "Brooklyn" or "McCullough". It is my second patch of him. This one comes from 2015-16 Absolute Basketball. 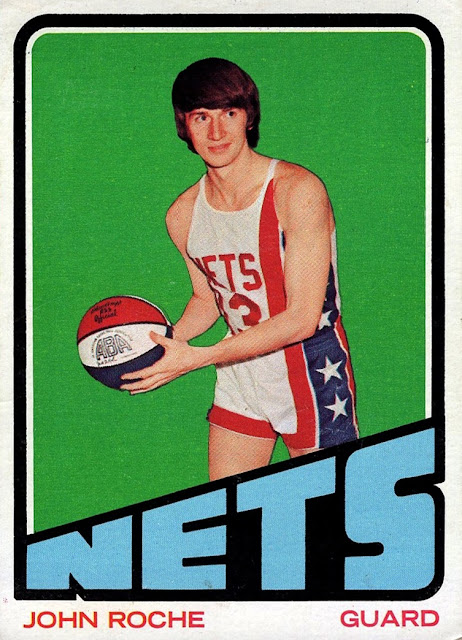 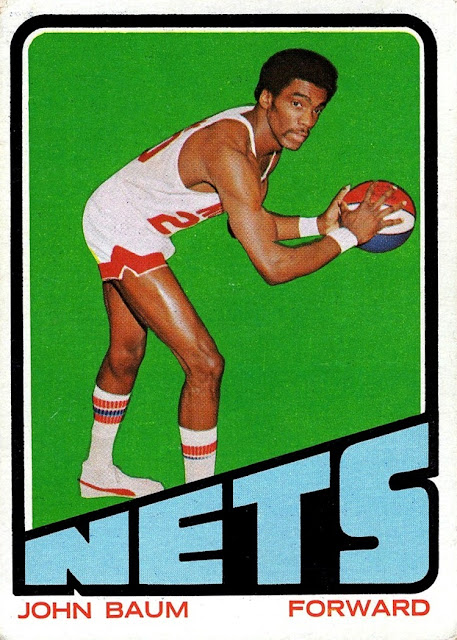 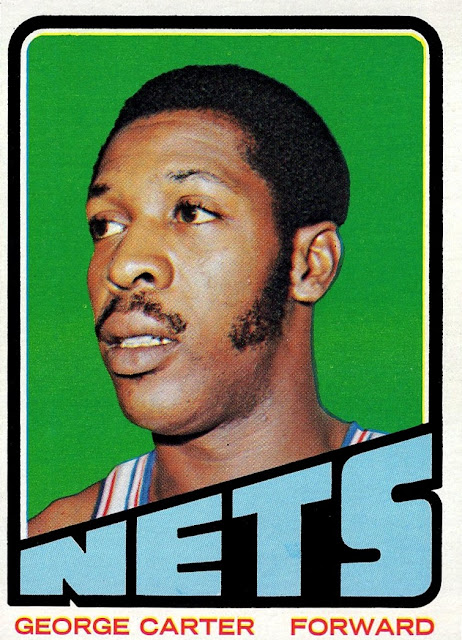 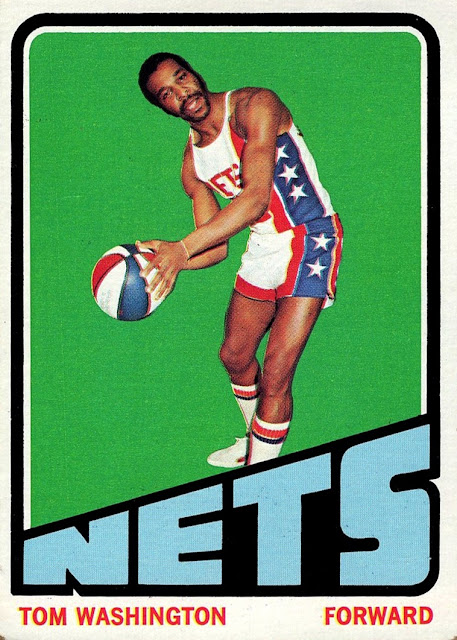 I realized I didn't have any of the Nets cards from 1972-73 Topps, the rarest 70s set in my experience. They got 8 cards in the set and I picked up four of them. I still have to chase Billy Paultz, Bill Melchionni (who got two cards- regular and All-Star) and Rick Barry. While they also are included in the playoffs subset, that is a card for a specific game or series, and counted as such in my collection.  John Baum is a one hit wonder- it's the only card he ever got- and Tom Washington is new to my collection, although he did get three cards.

1991-92 Skybox Mini. This is a complete Nets Set, as they only got one card in the 50 card set. These are tiny; exactly 1/4th the size of a standard card. They were an exclusive in Canada and I only found out they existed a year or two ago. It's also the only one I have in my collection. It wouldn't be too hard to work on this set, there are only fifty of them and they aren't that expensive. However, actually finding the remaining 49 cards may prove challenging. 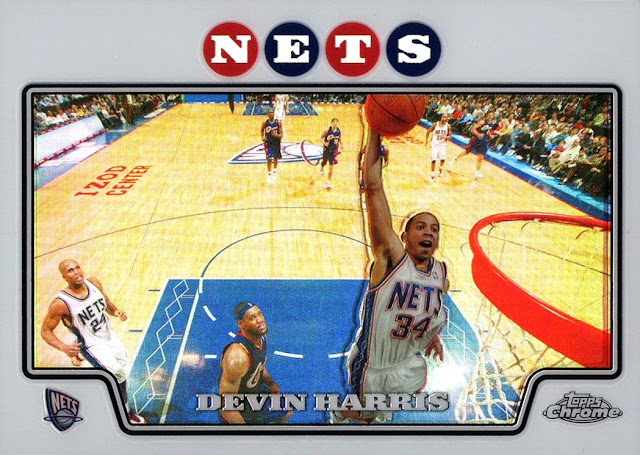 While Harris is not my favorite Net, this picture is just incredible. And it's a Refractor, which is my all-time favorite parallel concept. I did a search for Nets Refractors and this one just jumped off the page and into my order. It's from 2008-09 Topps Chrome. 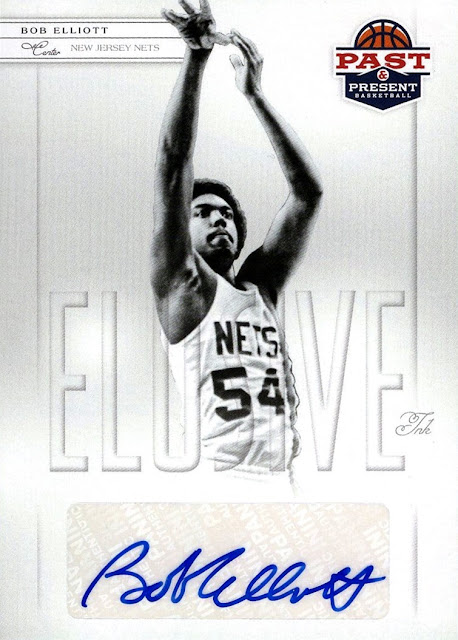 Bob Elliott is a One Hit Wonder. It's surprising how many people have only one card and it's an autograph. This one comes from 2011-12 Past & Present. The Elusive Ink insert is the main autograph insert and they included several people who have very few autographs, and Elliott is the only person who appears only in that insert on cardboard. I actually purchased this card back in September or October but didn't have it shipped until the Black Friday sale when I bought  ton of other cards (68, to me that's a lot!)

That's all of the Nets that came in this order.

Posted by Billy Kingsley at 7:31 AM 2 comments: